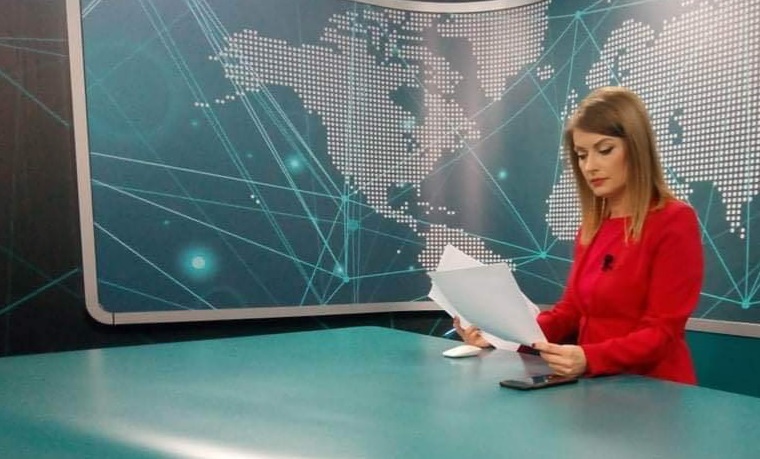 „I should have met you in the evening in Gazela and …“, is the message that the journalist Aneta Dodevska received last year on social networks, and the person does not hide his identity at all and often sends her messages with offensive and disparaging content, but there are insults on national and religious grounds.

„This message shows that this person knew how and where I work and knew that sometimes I work until late at night“, says Dodevska, editor-in-chief of TV 24. 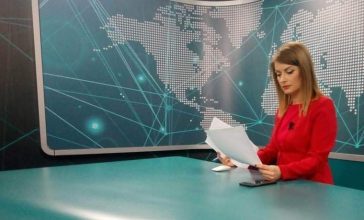 The same person sends threatening and insulting messages to other journalists as well, who reported the case to the police, gave statements, but the Public Prosecutor office decided not to initiate criminal proceedings, because there is no evidence of a crime prosecuted ex officio, i.e. that these are not specific threats for committing a crime punishable by up to five years in prison or a more severe sentence, that endanger someone safety, nor is it hate speech, as elements of a crime that is prosecuted ex officio.

„The report is rejected as unfounded”, this is how the attempt of several colleagues to start a process of criminal prosecution of persons, who continuously insulted, disparaged and even threatened us through social networks ended. But the prosecution did not recognize either hate speech or threats“, Dodevska said.

The journalist Miroslava Burns from „Sloboden pechat“, last year spent 24 hours with police security in front of her home, after receiving life threats for a written text about a wedding held in Tetovo, violating Covid-19 protection protocols.

„After I published the text and the video material, I received threats on my life on social networks. They sent me grain mills as a metaphor for what would happen to me“, says Burns.

Burns adds that the threats came from guests who were at the wedding of the son of a former Macedonian ambassador to Switzerland. He organized his son’s wedding in Tetovo, violating the valid protocols for protection against covid-19. The guests and the ambassador’s family felt offended, as videos of the protocols being disregarded were published in the „Sloboden pechat“, after which threats followed. 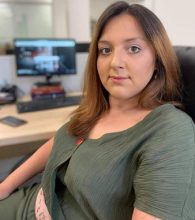 However, although Burns received police security due to the seriousness of the threats, she still did not receive information whether those whom she reported were summoned for questioning by the police.

„The situation was paradoxical, I had 24 hours of police security, I stayed at home. That means that they saw the seriousness of the threat, and at the same time they told me that they could not act ex officio because I am not an official. I was advised to prosecute the people threatening me in a private lawsuit, although there were explicit threats to my life, that I would be killed, that I would be found“, says Burns.

The Ministry of Interior points out that they submitted a notification to the prosecution about this case. The police points out that, notifications were submitted to the prosecution for several other cases reported to them. It is interesting that the Sector for Computer Crime and Digital Forensics at the Ministry of Interior received four reports from the “Metamorphosis” Foundation in mid-December last year. The „Metamorphosis“ Foundation reports that employees’ data, as well as content with hate speech and threatening content were published on several profiles on the social networks Facebook and Twitter.

„The Public Prosecutor’s Office Skopje was asked to prepare a Request for submission of data, addressed to the social networks Facebook and Twitter, in order to establish the identity of the persons who used the profiles reported by the “Metamorphosis” Foundation, and to date the Public Prosecutor’s Office Skopje has still not submitted the request for submission of data, say the Ministry of Interior.

The Ministry of Interior has pressed criminal charges against Arben Esati, will the prosecution accept them as founded?

„I’ll cut your fingers“, „I will lose my job, but I will take your life wherever you are“, „Neither the police
nor the army can save you, I will rape your women, you and your sisters“, „I’ll …your children“, are only some of the threats which Arben Esati sent to the media „Bez cenzura, TV 21, „Gazeta Express“, „Tetova SoT“, „Koha TV“, „Koha News“, „Kumanova Sot“, TV Shenja and „Lajmi Press“.

Such threats caused a feeling of fear and insecurity among the journalists and their families, who in coordination with the AJM asked MoI to conduct an urgent investigation. The police pressed criminal charges, and now the prosecution is on the move, which should decide whether it will accept or reject them as groundless. 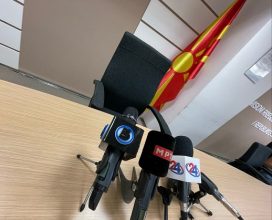 Although this is the only serious attack that AJM has registered this year, it does not mean that there are no other minor incidents. AJM, on several occasions, reacted to harsh insults by representatives of the Assembly, as well as by other politicians to journalists and media workers. Several requests have been submitted to the Ministry of Interior for action against members of the police who violated the rights of journalists and some of these cases have been resolved.

Unlike this year, AJM last year recorded a total of 14 attacks and serious threats against journalists, and only one case had a court ruling.

Double standards of the institutions

What journalists have been pointing out for years as the biggest problem is that when it comes to threats and attacks on journalists, the institutions do not act ex officio, but they seek justice through a private lawsuit, but the same institutions react quite differently when threats or attacks are directed at officials. That is why AJM appeals that the effectiveness in the fight against threats on social media does not end with finding threats against senior government officials, which is the practice when it comes to public office holders. 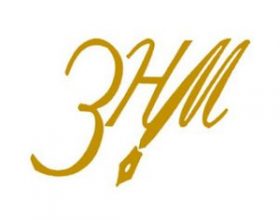 „We expect the institutions not to have double standards when it comes to journalists and media workers, especially when they are exposed to hate speech and calls for their lynching just for doing their job“, said the AJM.

The situation with the sanctions against those who threaten or insult journalists and media workers should be changed with the announced amendments to the Criminal Code, according to which for the attack on a journalist or media worker, the prosecution will act ex officio.

„An attack on a journalist or media worker will be treated as an attack on an official, for which a prison sentence of up to three years is envisaged,” said Aleksandar Vidinovski, a spokesman for the Ministry of Justice.

The expectation of the Ministry of Justice is that these changes in the coming weeks go through a government procedure and be sent to Parliament for further proceedings. The journalists’ associations AJM and SSNM welcome the increase in penalties for violators, as well as the fact that journalists and other media workers are placed in a group of people along with other professions that are exposed to attacks and threats due to the nature of their work.

„These changes in practice mean that the violation of Article 144 of the Criminal Code, which refers to a serious threat to security or attack on life or body, in this case a journalist or media worker in performing their profession, will be punished with imprisonment. A similar measure refers to Article 139 which refers to coercion“, says Milan Spirovski from AJM.

On the other hand, Article 394-d regarding the dissemination of racist and xenophobic material through a computer system does not change, but, according to Spirovski, the legal logic is that if the Public Prosecutor’s Office does not accept a request for criminal action under this article, it will have a duty to act in accordance with Article 144, if in the specific case there is a serious threat to journalists or media workers for acts caused by the performance of their profession. 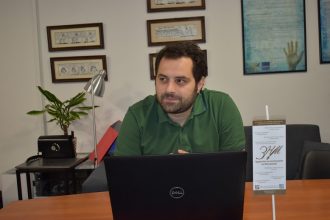 Adopting these legal changes in order to build systemic solutions for the safety of journalists is one step, and then the obligation remains to follow the practice of the prosecution and the judiciary in terms of implementation.

More and more officials are suing journalists, which leads to increased censorship

But what AJM notes as a negative trend in 2021 is the growing number of defamation and insult lawsuits against critical journalists. Some of these legal threats to journalists come from former or current holders of public office.

„This practice was present in the past, especially in the period from 2013 to 2016 and seriously contributed to increasing censorship in the media sector“, says Milan Spirovski from AJM.

According to the data received from the Basic Civil Court Skopje, the total number of active cases in civil liability lawsuits for insult and defamation in 2020 was 147, of which in 33 cases the party is a journalist or media. This shows that there are less and less cases of defamation and insult against journalists, i.e. that defamation and insult are less and less used as an instrument of pressure on journalists and the media. This year, unlike last year, there is an increasing number of defamation lawsuits. 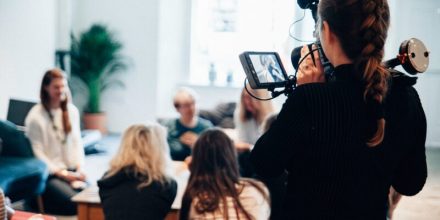 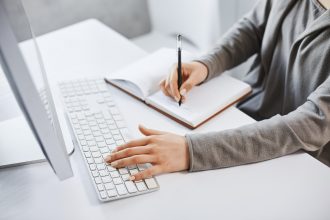 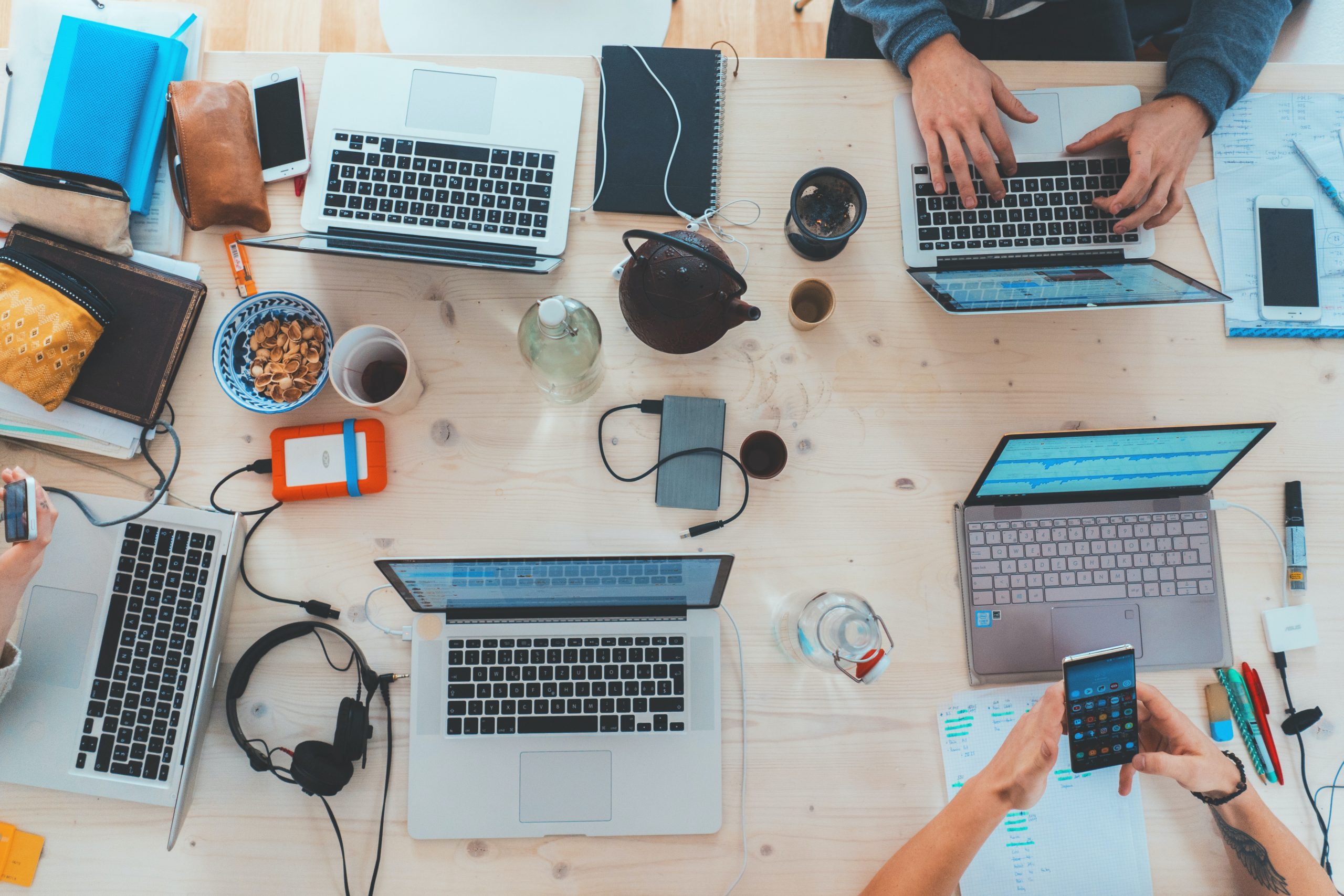 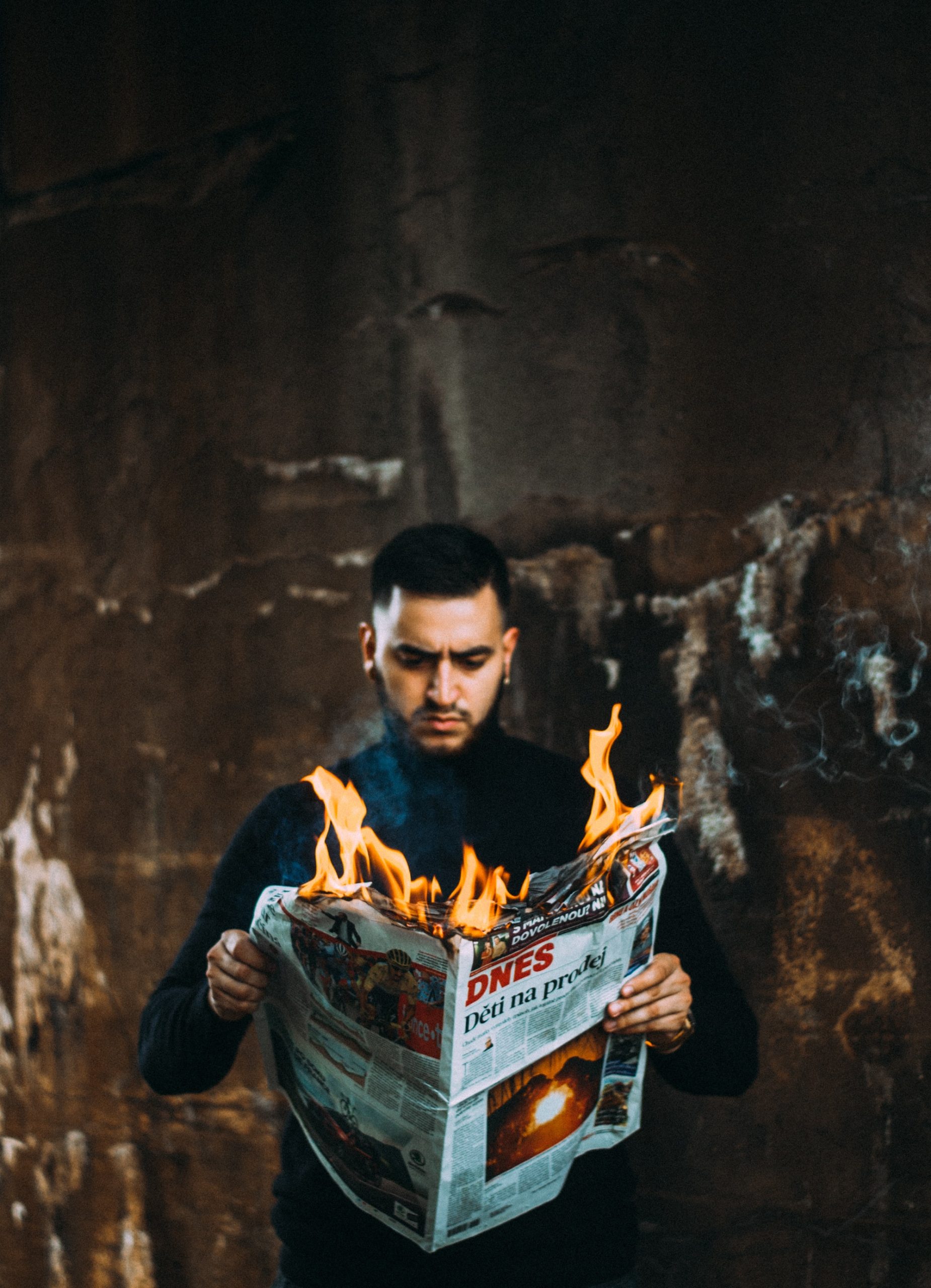 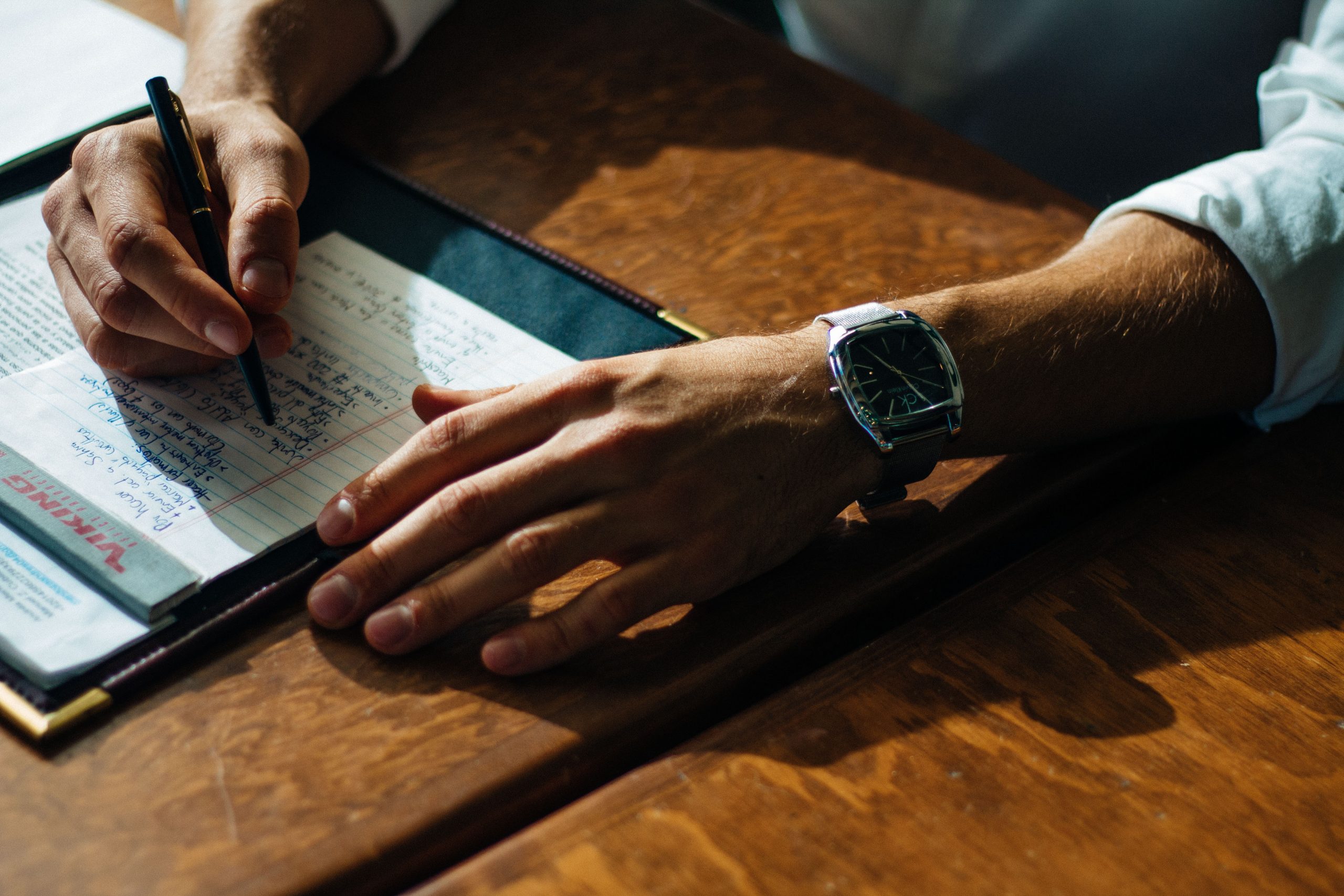 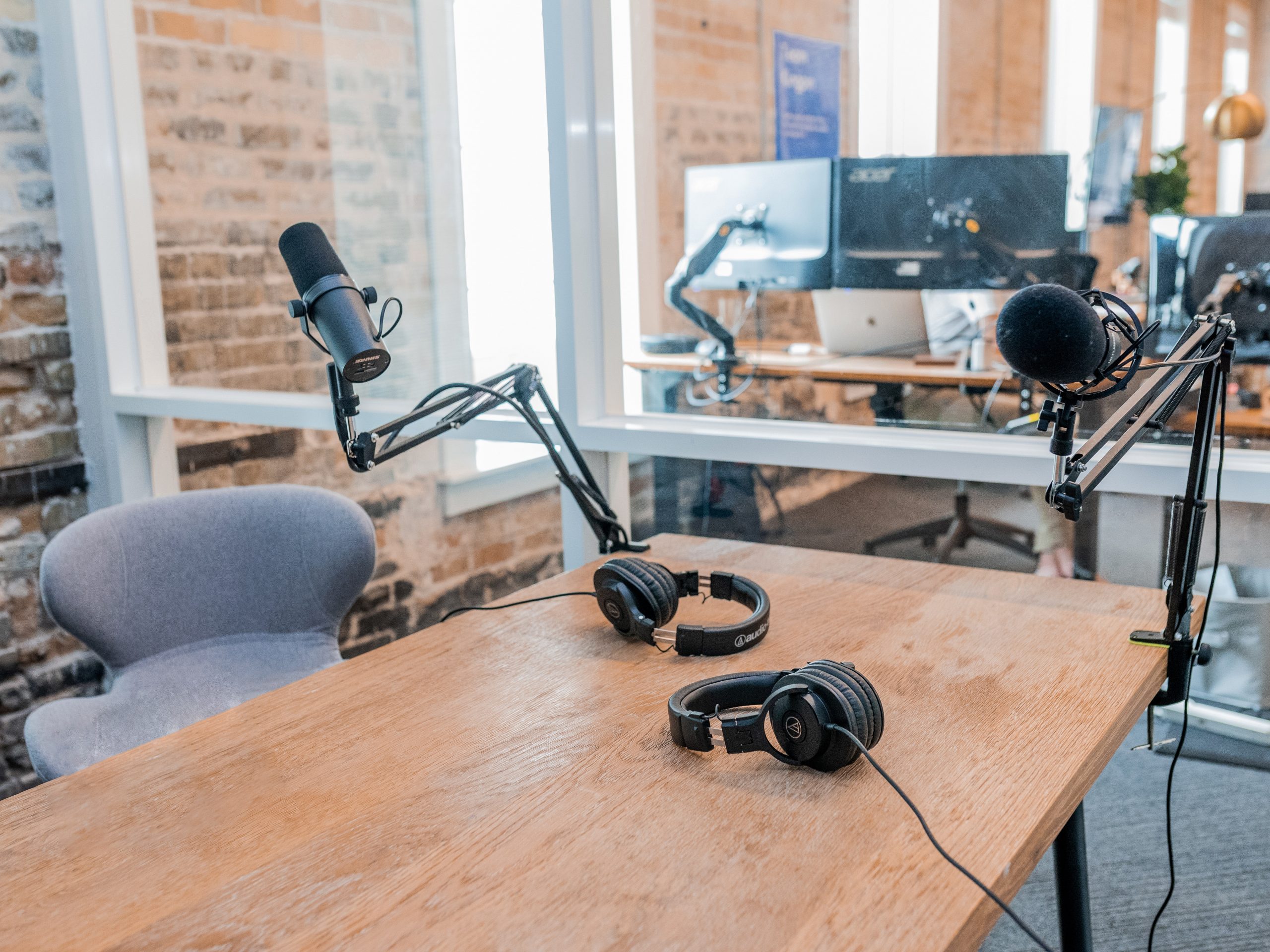