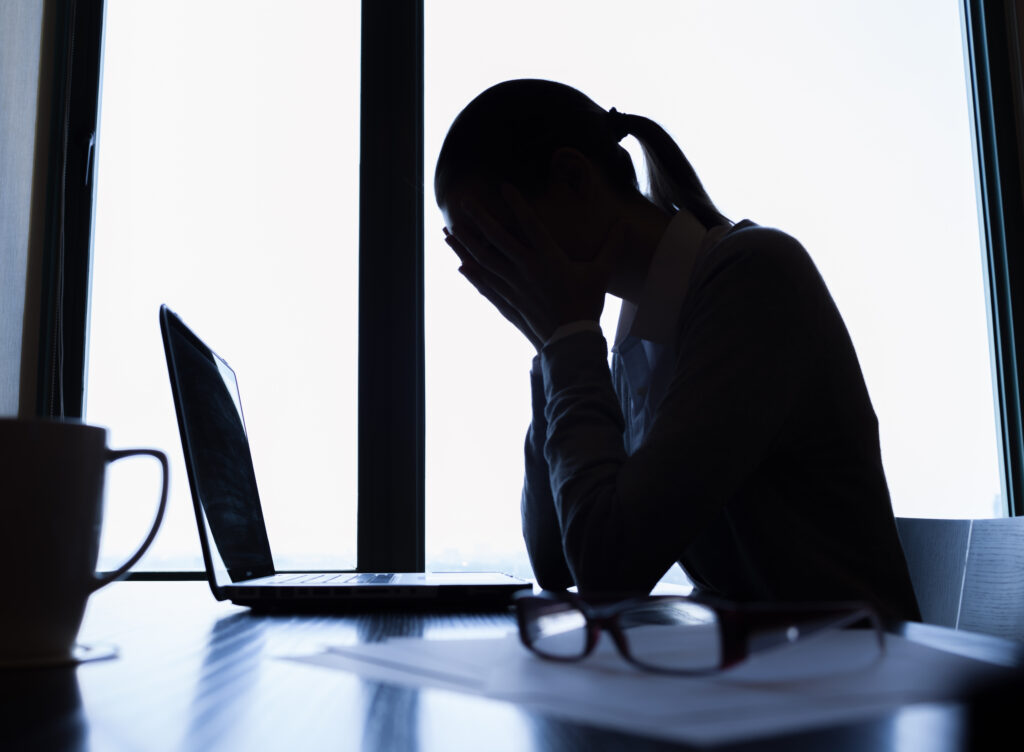 Do male and female journalists experience the same kind of insults and attacks on social media when they publish a story that someone does not like, and does gender play a role when it comes to the intensity and type of verbal attacks?

When a woman journalist is attacked, sexist qualifications are used, her private life and choice of partner and her looks are attacked, it is literally aimed at her dignity for the public to start dealing with her privacy, not the topic she reported, thinks the journalist from the Investigative Reporting Network, Sashka Cvetkovska.

The purpose of this narrative, according to her, is for the public to start dealing with the privacy of the journalist, instead of the media content that she placed, and also to shake her self-confidence.

That there were big differences in the qualifications attributed to men and women journalists during the attacks, Cvetkovska felt herself while working on serious topics related to domestic and international crime and corruption.

„It is different for women because there is always ageism and sexism, unlike men. It’s always like that. They always threaten rape. I do not even open messages, and I have more than a thousand. I do not even see them, but the ones I have looked at are like that. If a journalist is over 30, morality and dignity are always attacked. Without exception, she is labeled „an old and easy woman not married by anyone“. Orchestrated attacks on male journalists have different qualifications and insults, such as „bribed criminal“, „bribed and driving jeeps“, and when a woman is attacked, then she is „easy, incompetent, ugly, with a small ass“, she is not even with being bribed. She is just an ordinary prostitute. My insults that I receive are of this kind”, explains Cvetkovska.

Malicious comments from unknown motives often target the journalist’s decision to have a baby.

„Motherhood is always involved in online insults and threats. That if I have decided to work on corruption and crime, I must be frigid, otherwise I would take care of children and that I must be unrealized in my personal life. Each of these, no matter how it identifies me, always ends up with threats for rape“ said Cvetkovska.

Research by the International Women Media Federation shows that journalists have both short-term and long-term consequences caused by such online bullying, which changes their behavior. They can deactivate social media accounts, self-censor, lose self-confidence and self-doubt, but also avoid reporting on topics that have caused insults and sexism. Some have even considered quitting journalism permanently after becoming the target of online attacks. Others had trouble concentrating, avoided people or places that reminded them of incidents. 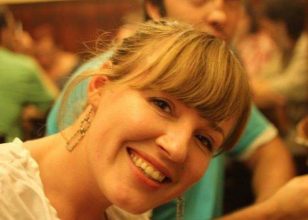 However, Cvetkovska does not report the insults and threats to the police, because there is no time, and also because no one in the country has so far solved the problem with threats and insults against journalists.

She thinks that if she reported all the inappropriate comments, accompanied by sexism and ageism, then she would have to distance herself from her work and only report to the police for days.

„Does this affect me as a person? – Yes. But I have told myself that if I want to pursue high levels of corruption and international crime, I will have to put up with it a little more, especially in an atmosphere where such threats are not even considered serious“, Cvetkovska said.

To the question whether this affects her self-doubt, Cvetkovska answers in the affirmative.

„It certainly affects me. Who wants to read something like this about themselves? – It causes self-suspicion, it affects how you feel, it affects how the world sees you, it affects the questioning of yourself and your own decisions, which means that it also affects your mental health. We are simply people and those things make us sad, they often make us cry, but you learn to live with that“, said Cvetkovska.

In 2020, according to the statistics of the Association of Journalists, a total of 14 attacks and harsh threats against journalists were recorded, of which more than half were against women journalists. In 2019, there were only four such recorded attacks, which means that the trend is upward and attacks and threats are three times more numerous. This is exactly what Cvetkovska points out as a problem – the lack of institutional protection and the unintroduced culture in the society to discourage attacks.

„There are also colleagues who go to the police for everything and reduce our chances of having systematically good cases. “Some insults are not online violence, so because of those cases, the people who are really subject to online threats are not taken seriously”, Cvetkovska notes.

The editor of Alfa TV, Iskra Koroveshovska says that, unfortunately, in Macedonian society, women are still generally treated worse than men in any sense, regardless of profession, and journalists are no exception.

„Especially at a time when we live in a deep political division, which is very strongly visible in the media. “Hence, when a woman works in a medium that supports one or criticizes another party, the attacks are at least in the direction of her professionalism, but are politically spiced with sexually abusive messages and hate speech“, Koroveshovska notes. 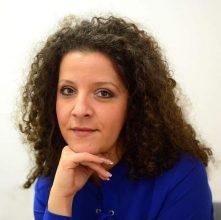 The Journalists’ Safety Network (safejournalists.net) has documented 34 attacks on women journalists in Bosnia since 2015, 32 in Serbia, 13 in Kosovo, 10 in North Macedonia and 8 in Montenegro. It is noteworthy for all of them that attacks on women journalists consist of sexist insults based on their physical appearance, threats of rape and other gender-based attacks, which men do not face, but are reserved exclusively for women. The main finding of the research is that women journalists in the Balkans face online abuse every day. According to most of the interviewed journalists, the continued existence of gender-based stereotypes creates an even more difficult atmosphere for women.

Media expert Mehmed Hailovich says „women journalists in the Balkans have faced a perfect storm of widespread misogyny and antipathy to journalists in general“.

Koroveshovska points out that she felt such attacks herself and explains that the public humiliation on sexual grounds, as well as direct threats left severe consequences for her and her family.

„The person I do not even want to remember did it publicly, through social networks, and I received threatening messages in my private inbox. His public attacks and humiliation were immediately taken over by the portals, which in the fight for clicks did not take into account my attitude and how it affects my family, my daughter. At school, she heard „shameful stories“ about her mother from her friends, whose parents saw and read them“, Koroveshovska recalled.

She had to find a way to explain all this to her daughter, not knowing, as she says, how to help herself. The person was eventually convicted, and other women were the target of his torture.

„Fortunately, the institutions have done their job quickly. In my case, the Alfa management stood behind me in terms of moral support. Fortunately, our work is dynamic and very responsible, so we must and can “get up” and return to normal. But it is fortunate, above all, that we are women – stronger and wiser“, said Koroveshovska.

As many as 66 percent of women who have been victims of some form of gender-based violence, in a survey by the International Federation of Journalists, said they did not formally report the incident. According to this research conducted in 2018, women journalists were subjected to violence outside the workplace while performing their duties. The International Federation of Journalists questionnaire, conducted on 400 women journalists from 50 countries, reveals that 45 percent of perpetrators were people outside the workplace, such as sources, politicians, readers or viewers. Thirty-nine percent were anonymous threats through social media. With online threats and harassment of women journalists, the comments are largely sexual in nature, with far-reaching and disastrous consequences for freedom of information.

The International Women’s Media Federation survey is global and 597 women journalists responded. Cyberattacks often refer to their bodies, personal or family relationships, have sexist content, and are designed to intimidate or embarrass. They also note that women journalists’ professional qualifications and intellectual capacity are challenged simply because they are women. Sometimes they share photos and threaten their physical health. What all these attacks have in common is that they aim to discredit women journalists, damage their reputation and, ultimately, to silence them!

For women journalists, such insults and harassment can lead to emotional stress and long-term psychological trauma. Victims may need to change their daily routine, location where they work, their home to protect themselves. Thirty-seven percent of women journalists interviewed revealed that they were self-censored, that is, that online threats and insults had a cooling effect, negatively affecting the information gathering process and freedom of expression around the world.

„It seems that when this happens, the victim will report, but the management, although helping them, seems to be surprised and it bothers them. So the women who report do not know if they are someone’s burden because such a threat has happened to them, over which they have no control,” said one of the journalists interviewed in this global survey under the condition of anonymity.

The amendments to the Criminal Code, among other things, propose articles by which in the future the attack on a journalist, cameraman or photojournalist will be treated as an attack on an official. The Ministry of Justice, which proposed the changes, said that the manner in which the attack was carried out was intentionally left undefined, to allow any attack to be treated equally, including those that take place online. The hope is that with this, the Public Prosecutor’s Office will ex officio prosecute the attacks on journalists and media workers, without them having to expose themselves to expensive private litigation. 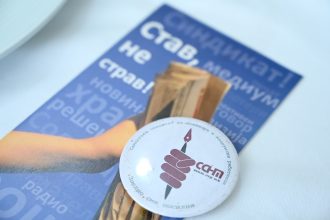 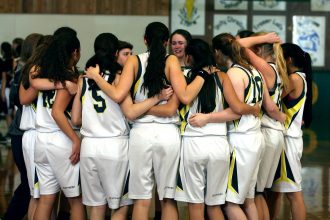 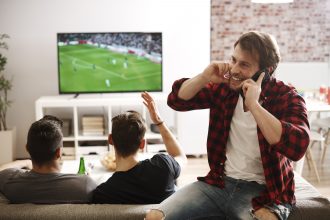 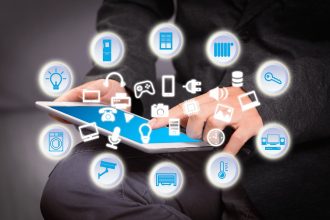 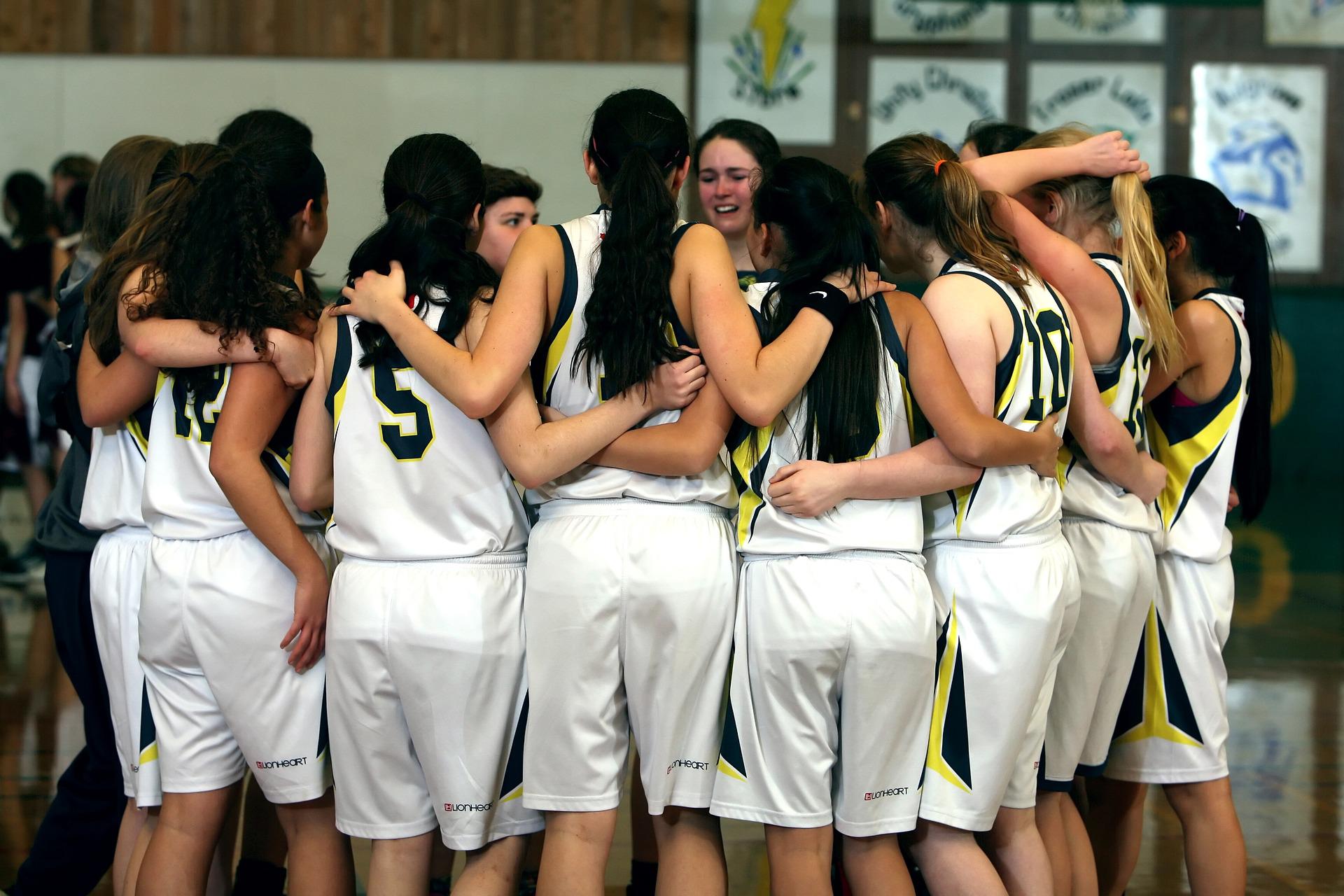 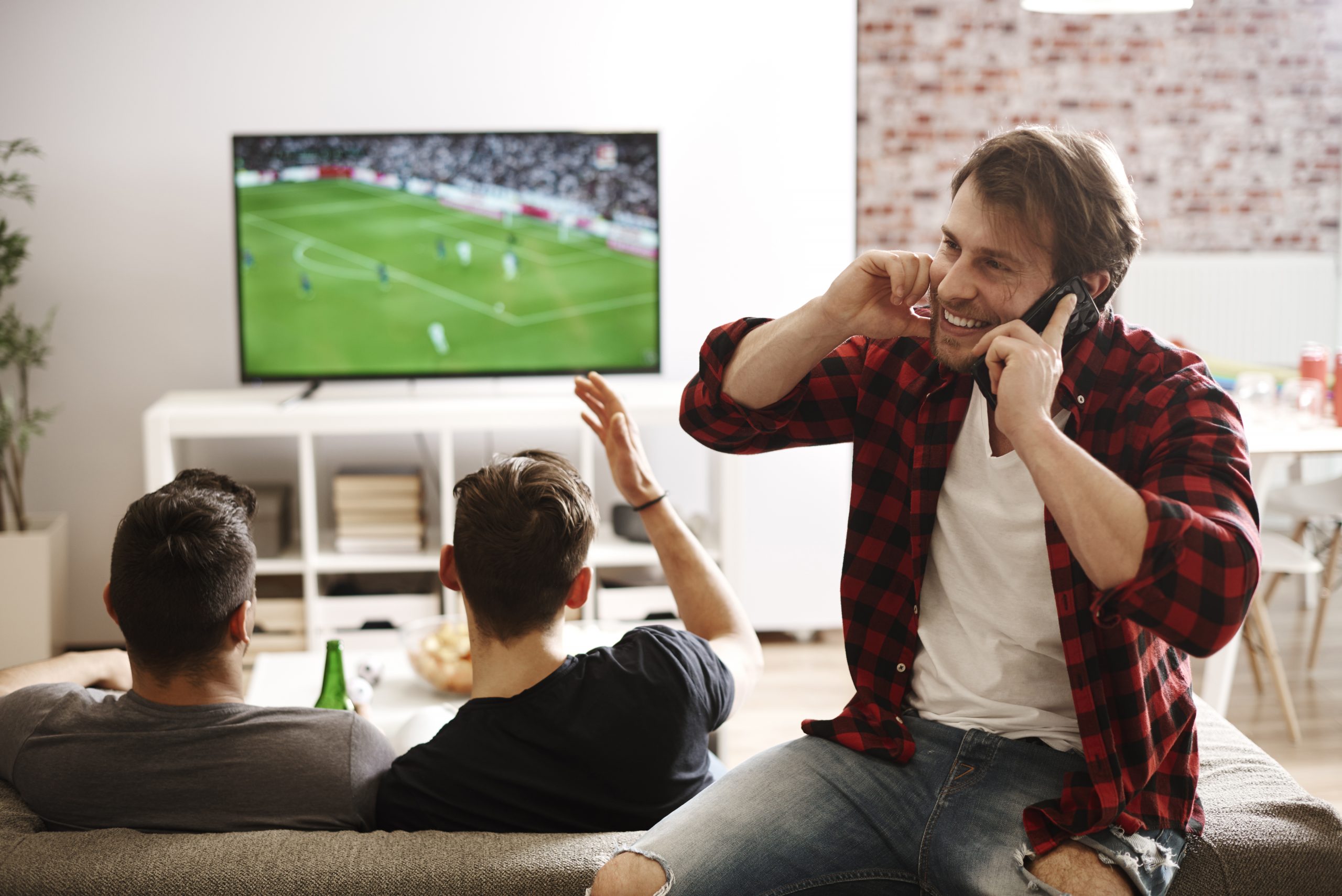 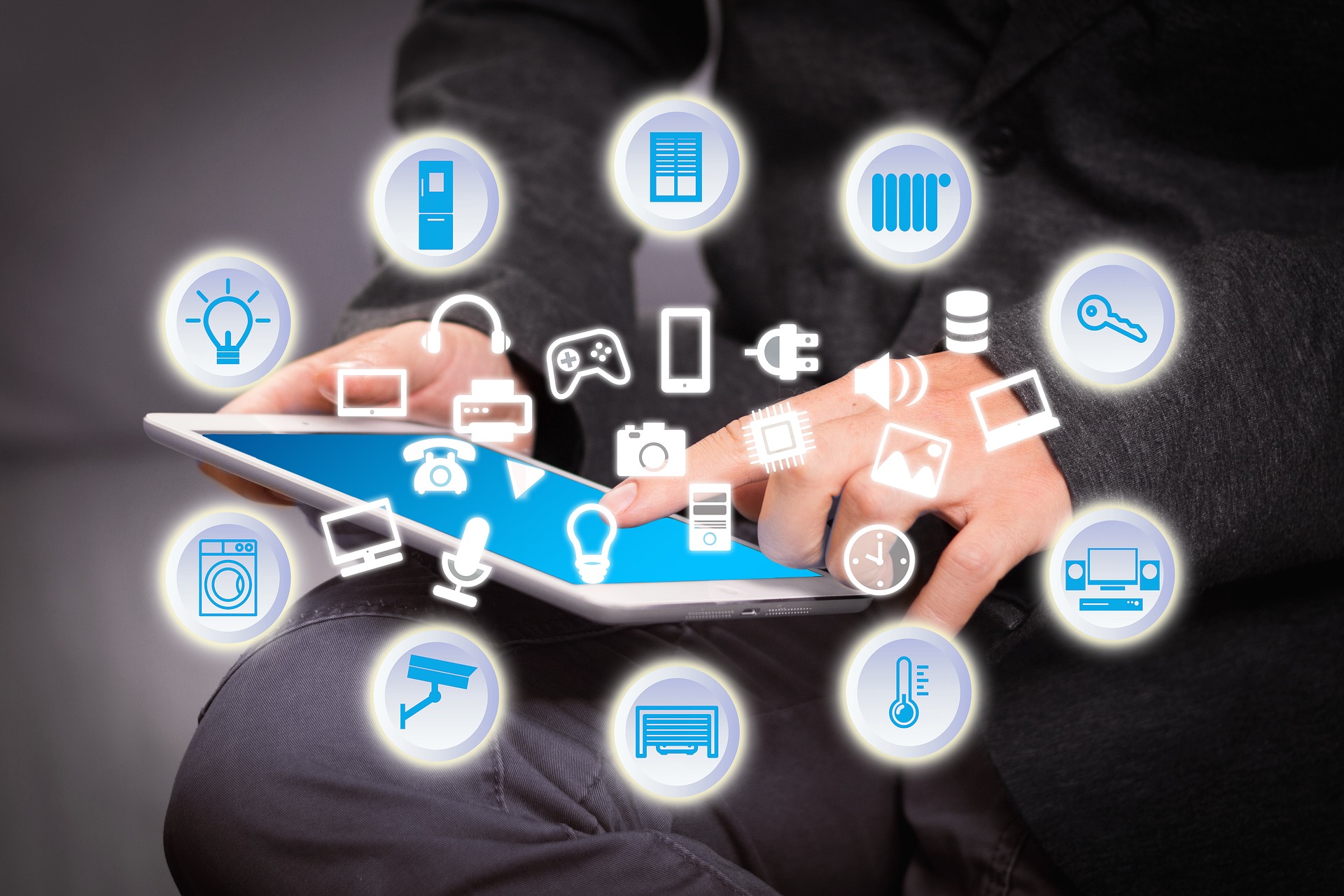 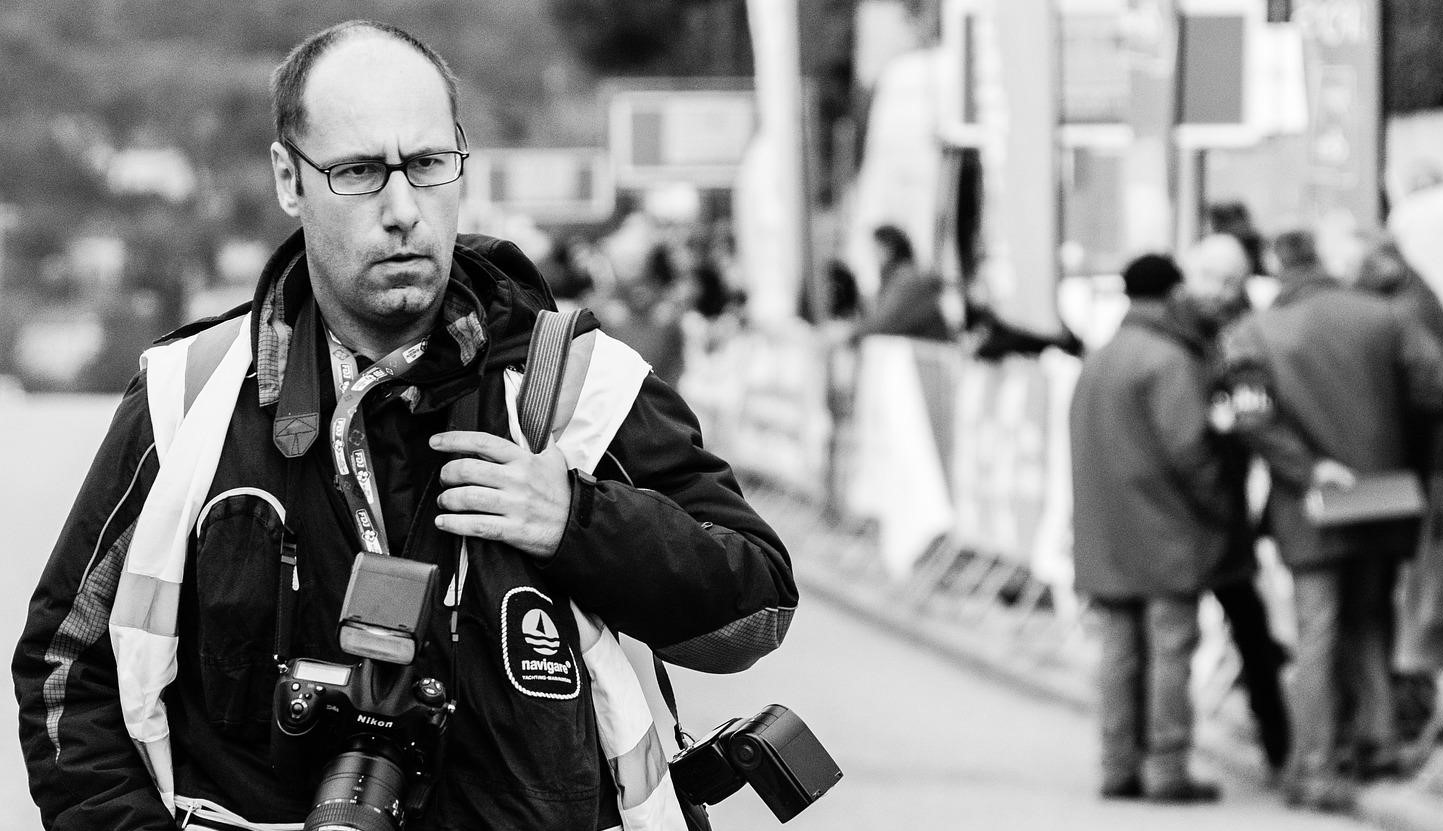