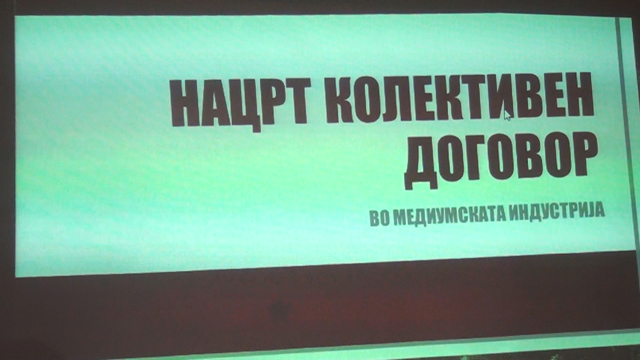 Today in Bitola the Independent Union of Journalists and Media Workers in  Macedonia (SSNM) presented the proposal collective agreement for the media industry.

The team working on the collective agreement and the President of SSNM Tamara Causidis said that the agreement was a result of the contribution provided by journalists, editors, photo reporters, cameramen, video editors, sound workers and other professionals who came together to depict the actual situation of all media workers. 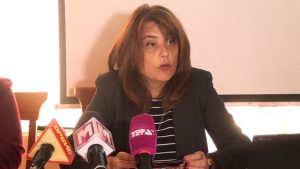 „”The collective agreement is for the benefit of media workers, but also media owners i.e. employers. The agreement will protect the dignity, the professional journalist rights and standards, the workers` rights of the employees and the freedom of media in line with the rules of the International Federation of Journalists and the Code of
Ethics of Journalists. I expect media owners in Bitola to sign the collective agreement which is for the benefit of all”, said Causidis. 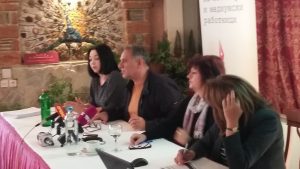 “This agreement is in the interest of both owners and journalists. The real owners will make high profit of a quality media product, which can be achieved with well-paid journalists and media workers motivated to put a maximum effort and be creative, produce exclusive and quality media products and remain competitive in the market – this is the standard we for mutual benefit for which we fight and need your support”, said the Vice-President of SSNM, Dragan Antonovski. 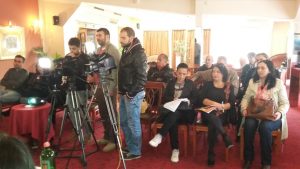 Collective agreements for the media industry workers were adopted in Slovenia (1991) and Croatia (1996), while in the rest of the Europe such agreements have been tradition and practice for many years now, were some of  the points made at the today`s press conference held by SSNM in Bitola.