IFJ affiliates across the world will back on 25 November a call for global action against gender-based violence as reports of attacks on women journalists soar.

From Kathmandu to Buenos Aires

journalists unions will take part in meetings, protests, training sessions and marches to demand an end to attacks on women journalists and for action to tackle the impunity which allows perpetrators to go unpunished.

To mark the UN Day for the Elimination of Violence Against Women and Girls, the IFJ will also formally sign up to the campaign for an 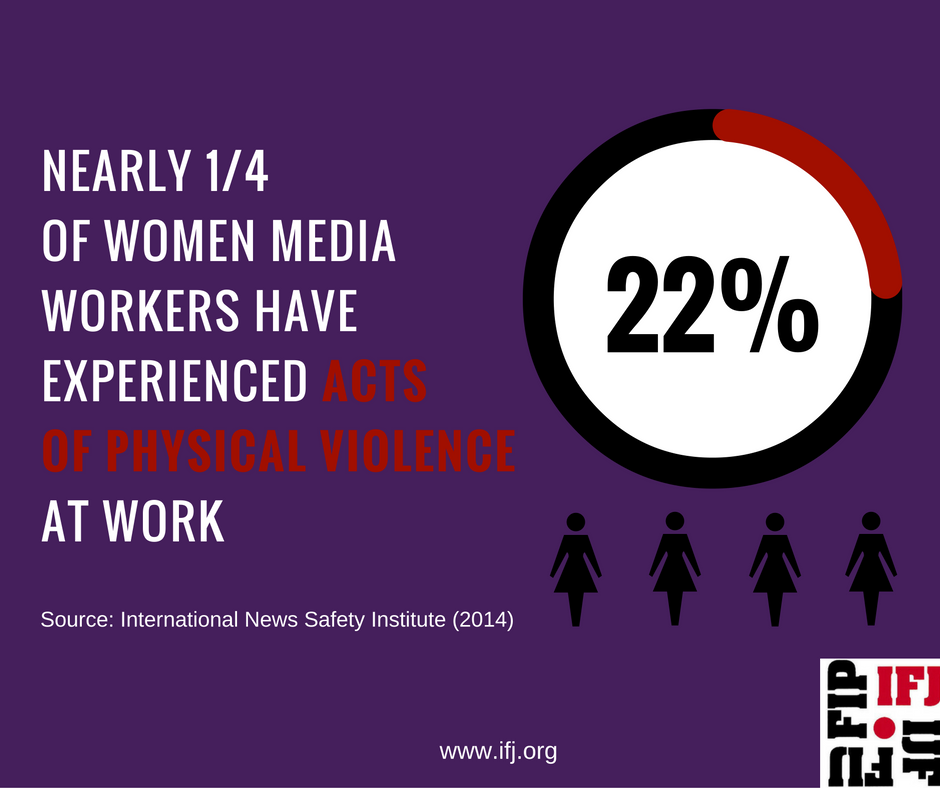 Incidents of sexual violence, sexual harassment and online abuse are continuing to hit the headlines and yet little action is taken – 70% of women media workers claim their organisations are not taking action to protect their security or safety.

IFJ President Philippe Leruth said: “Violence against women remains one of the most widespread and tolerated violations of human rights and its perpetrators continue to enjoy impunity while its victims face losing their job, having their careers ruined, being silenced or worst of all killed.

“The IFJ and its affiliates will commit to vigorously campaign for a new ILO Convention to help stop the violence and tackle impunity. We will also back affiliates who seek to take legal action against perpetrators, and support those who seek to negotiate safety and security policies and campaign for the rights of women media workers to be respected”.

here and share them on your social media this Friday, 25 November, to mark this day calling to end gender-based violence against female journalists at workplace.