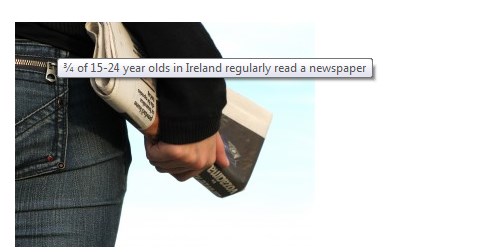 Brussels, 14 September 2016. The European Commission today published a proposal for a directive on authors’ rights that would help give more power to journalists.

The proposal provides mechanisms to address authors’ and performers’ weaker contractual position when negotiating terms for use of their work.

The federations welcomed the proposal as a “great step forward” in protecting journalists’ authors rights and called on EU institutions to do their utmost to improve authors’ remuneration in the upcoming legislative process.

First, a transparency obligation on employers to report on the use made of authors and performers’ works. Second, a contract adjustment mechanism to deal with cases when the remuneration paid to authors and performers is too low compared to the revenues generated from the exploitation of their work. Third, a dispute resolution mechanism to avoid them having to go to court to enforce their rights.

“Journalists have no information on the scale of additional use of their works and it prevents them from assessing if they are fairly paid”, said Philippe Leruth, IFJ president. “ We have heard too many reports from journalists and photographers being forced to sign away all their rights. We hope that this new EU proposal will lead the way to the adoption of additional global instruments improving authors’ contractual relationships and proper remuneration for the use of their works”.

The federations also welcomed the suggestion to make collective bargaining a key means to reach agreement between authors/performers and their employers on the transparency obligations.

“Collective bargaining is essential to securing better working conditions for our colleagues and journalists unions are ready to play an important role in setting transparency obligations”, said EFJ president Mogens Blicher. “We will continue to push for more fairness in contractual negotiations at EU level. The proposed directive represents a great step forward, installing more justice in contractual relationships”.

The proposal also grants news publishers a new right in publications when used online. Both federations insist that this new right should not be used as an excuse to force journalists and press photographers to assign all their rights. They also claim that any remuneration stemming from this right should be shared equally with journalists and managed through collective management organisations.

The federations insist the proposal should reflect the importance of strengthening the collective management of rights to ensure fair remuneration of authors and their employers and the need to refrain from introducing exceptions that would undermine authors’ rights protection.

The proposed directive will now be referred to the European Parliament and the European Council for further discussions.