JOURNALISM IS NOT DEAD 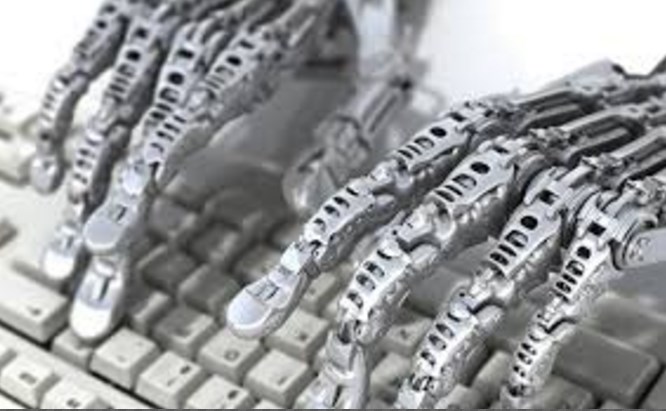 It took me a few seconds to figure out what I should say. I was sure he didn’t mean to be rude, and was genuinely interested in why I chose to major in journalism, but as I stood there listening to the stream of fuel entering my car, I couldn’t think of an answer. So I just laughed along, as if it were a joke, and with a click of the pump behind me and a wave goodbye I was driving away.

This wasn’t the first time I had been asked a question like this. In fact, it has become pretty common. It wasn’t until this random Monday afternoon as I took off toward the University of Nevada, Reno with a full tank of gas that I realized the answer: Journalism wasn’t dying, it was evolving.

I felt tempted to drive right back to the gas station and find that old man leaning against his silver Honda accord to answer his question, but decided he would probably be long gone. I was content though, because I had finally found a simple answer to this elusive question. Part of me couldn’t believe that it had taken me so long. The other part understood that the question had a much more complicated answer than it seemed.

The world we live in changes almost every second of the day with the introduction of new technology, ideas, and problems. This is the same for the world of journalism. Suddenly, anybody can be a ‘journalist’ and share their ideas thanks to social media sites, blogs and online news pages. While this accessibility may be great for providing us with more opinions and information, it also means that the line between amateur and professional is becoming more difficult to define and the benefit of journalism as a major is thrown into question.

This question is not unjustified. A quick google search can lead you to a plethora of articles, discussion boards and entire websites dedicated to the subject of “the death of journalism”. Blogs like “Reflections of a Newsosaur,” written by veteran media executive and professor Alan D. Mutter, have posts dating back to 2004 with headlines like “Newspaper sales slid to 1984 level in 2011,” “So long again, Chicago Daily News,” and “Should newspapers abandon digital?”

All of this evidence is enough to have most people saying “rest in peace” to journalism. But the thing is, people are making a horrible assumption. There may be evidence that print news is dying, but that does not mean that journalism is dying along with it. Historically, journalism and print media have walked hand and hand, but now, the separation between the two has never been more noticeable.

In all age ranges there is a gradual decrease of newspaper readers. It is not just millennials, which is a common belief. Online news sites are stealing audiences away from print media.

This isn’t the only change in the way people access their news. In the State of News Media 2015 report, Pew Research Center found that out of the 50 top digital news websites, 39 reported that they had more traffic to their sites from mobile devices than from desktop computers. Even the old man at the gas pump had a smart-phone in his hand, and I bet that in some form he acquires news from it.

This presents a new series of challenges for modern journalists. Capturing, and keeping the audience’s attention, standing out among millions of other news sources and still staying truthful to the foundations of journalism we all accept.

These things might seem impossible to balance in our fast paced, forever-changing world. We might not know the perfect solution to all of these challenges, but we do know is it will take a lot of work to find one.

That is why it is more important than ever to be teaching the next generation of journalists the skills they need to be able to lead the industry through these changing times.

“Young people will have a digital mindset as a virtue of their environment, and will naturally help bridge the cultural divide between print and digital [media], a source of contention in many newsrooms,” writes Mona Zhang, a freelance editor and writer.

It’s a good thing that most students today don’t get scared off easily, because I can’t think of anything better than an evolving industry being led by a group of people that have historically shown the most acceptance to change, and have the mindset to be able to close this gap in the field.

That is why, as a student pursuing a degree in journalism, my least favorite thing to hear is “Isn’t journalism is a dying profession?” Change does not mean death, it means progress.

I just can’t help but wonder, what would that kind old man I met the other day have said if I told him all of this?