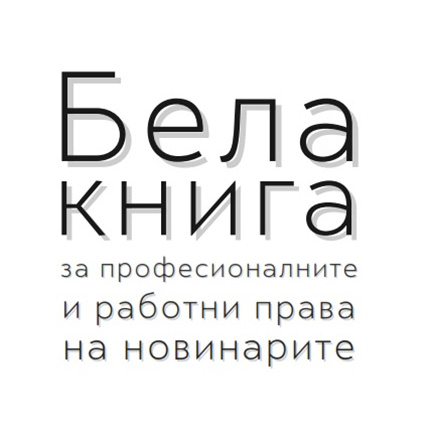 The Independent Union of Journalists and Media Workers of Macedonia for a certain period of time already felt the need to summarize the bulkiest problems of Macedonian journalism in a separate document, which would analyze the difficulties that its members, as well as journalists in general, are facing on every-day basis. One of the results of this process of ripening is exactly this study on the workers’ rights and professional standards of Macedonian journalists.

The ambition was not to carry out some sort of quantitative, in-depth screening of the most neuralgic points of Macedonian journalism, since, finally, it is questionable to what extent that would even be possible at this point in time considering, above all, the lack of transparency both of the media structures and the ruling elites, as well as that of remaining factors completing the Macedonian media image, as well as the general atmosphere of fear and apathy among the professional journalists. These assumed markers were dramatically confirmed during the process of developing the “White Book” on Workers’ Rights and Professional Standards. One of the manifest characteristics of the exposed situations – which the curious reader may be quick to notice – is the anonymity of the respondents. The audacity to present their findings boldly, under their own name and surname was mainly expressed by the already exposed journalists, meaning those working in the so-called independent media, the media which have established a criticizing tone towards the government in their editorial policies. Alas, probably these experiences also speak well enough about the level of Macedonian journalism nowadays.

Nevertheless, even as it is structured and arranged, the “White Book” contains enough elements to depict the big picture. It practically consists of six texts and a research which was carried out on a representative sample of Macedonian journalists by the M-prospect Agency, for the purposes of the “White Book”. The selected topics of consideration, although presented as six separate text units, in fact serve as coordinates on the Macedonian journalistic map, and certainly, as such, create a whole, i.e. an outline and overview of probably the most acute current problems in the areas of labour relations and professional standards. From an editor’s point of view, the principle of selection of topics was imposed by the mere results of the research, as well as the elaborations of the authors themselves who defended their theses at an open call, announced with the exact purpose order to define the neuralgic points that need to be treated. Undoubtedly, a certain subjective criteria in the creation of this publication cannot be completely overruled.

Although during its development this book involved a line of interviewees, meaning that practically tens of cases of violation of journalistic rights have been treated, the specific case of the journalists from “Utrinski vesnik” (represented with the example of Biljana Jovanovska), who lost their jobs due to union activities, i.e. spontaneous protest, was subject to in-depth analysis. This case marks a certain borderline, which turned something unprecedented into a rule. In fact, henceforth, superb professionals have lost their jobs with unparalleled ease, due to reasons which are almost never explained away with lack of professionalism, disregard of duties or unsatisfactory quality of work. The case of the journalists of “Utrinski vesnik” is also prominent for its inconsistent court practice, as well as the controversial and exclusionary rulings of the judicial authorities.

This practice, as well as the frequent changes to the Law on Labour Relations are making way for another exception be established as a rule – fixed-term employment. In fact, the fixed-term employment contracts probably are the easiest way in which employers keep journalists on a “short leash”. It is already becoming practice to have the contract extended by the month, and it so happens that even those short-term contracts are not complied with, and journalists lose their jobs without any explanation whatsoever. This practice serves to teach the guild of journalists a lesson, i.e. to control their work.

The position of the free-lance contributors is also similar. Although this type of employment is practically non-existent in the positive legal acts, it is a public secret that the freelance engagement is one of the most frequently employed in the Macedonian media. The selective approach and the practice of the inspection services to frequently turn a blind eye to certain things, have led to a pool of a huge number of completely unprotected journalists. The typical characteristic of this group of journalists is their low payment, overtime work, non-payment of any benefits guaranteed with the employment, in one word – complete social and existential uncertainty.

In terms of percentages, the number of journalists with free-lance status is highest among the correspondents from the inside of the country. In other aspects too, correspondents are among the most vulnerable groups of journalists. In addition to being paid under any decent level, they work in totally substandard conditions, using their own assets to be able to work (computers, photo-cameras, cameras, automobiles) and often having to do several jobs in order to provide for themselves. Their relationship with the “central editorial offices” may most often be described as “responsibilities without rights”. Their needs always come last on the agenda (if they somehow manage to even get on it), while the expectations for timely and comprehensive reporting are naturally assumed. In one word, the correspondents are the “forgotten” category of journalists.

The journalists working in the media trying to maintain certain higher professional standards and which are declared as independent from the Government’s policies are in no easier position. These media are often subject to serious social and economic threats, most frequently by means of court lawsuits for defamation, the selective access to marketing assets, all the way to being disabled from professionally carrying out their assignments.

This overall picture leads to where it leads – turning the media into bulletins of certain political and economic centers of power, taking advantage of the media for business and political interests, turning journalists into some kind of deformed social-political workers. All of this may not serve to any other purpose, but dominance of non-professionalism. In fact, widespread utilization of censorship and self-censorship, hate speech, spinning information, disinformation, illiteracy…

Although the focus is on how the profession of a journalist is carried out, the summary of results that the “White Book” came up with can lead us to an assessment of the situation with the Macedonian society, since the disastrous state of the Macedonian media space is nothing else but an indicator of the democratic capacities of the country. The deprivation of exercising of one of the basic human rights – freedom of speech, further complicates the overall social, political, social, cultural and economic processes which inevitably leads to obliteration of the state tissue, driving the country into exclusively negative trends – a semi-totalitarian society ruled by pressures, censorship, economic dependence, concentrated power, corruptive models…

Although the primary aim of the “White Book” is to alarm, its secondary, yet no less important, purpose is to motivate. Namely, by diagnosing the problems and giving them exact formulations, we may also find the right therapy for the sick body of journalism. Hence, these texts remain not only as a testimony, but also as a motive to envision and reconsider the directions that need to be taken in order to consolidate the situation. It should also serve as incentive for a debate, as well as a call to take specific action. In this sense, if the resounding alarm reaches at least some peripheral parts of the active social awareness, then some results will be bound to occur. And then and only then shall we believe its publishing has been justified.