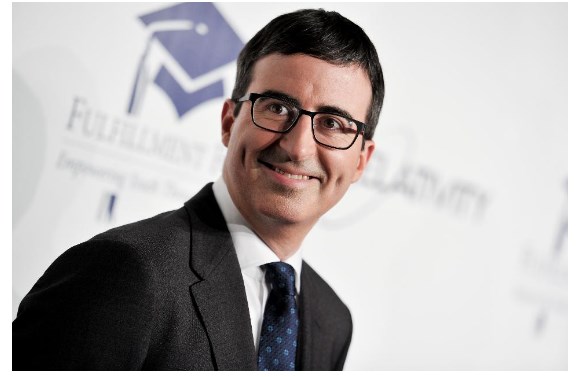 On Sunday, John Oliver used his platform on HBO’s Last Week Tonight to lament the current state of journalism. He discussed the decline of local- and state-based newspapers and mocked news organizations for replacing in-depth journalism with fluffy click-bait. But Oliver placed the blame squarely on readers like you and me, unaccustomed and reluctant to pay for our news.

Oliver is not wrong that newspapers, especially local and state papers, have suffered tremendously in recent years. As Oliver noted, between 2004 and 2014, newspapers earned $2 billion in online ad revenue, but lost $30 billion in print revenue. In 2015 alone, weekday newspaper circulation declined by 7%. Readers, especially young readers, increasingly turn to social media and other online sources for their news. Only 20% of Americans “often get news” from print newspapers, down from 27% just three years ago. That trend will continue in the years ahead. Only 5% of 18- to 29-year-olds “often get news” from print papers.

As a result, newspapers have made deep cuts in recent years. Layoffs at local papers in 2016 included dozens of employees at the Kansas City Star, 11 from Illinois’ The Post Bulletin, and 130 from Oklahoma’s largest paper, The Oklahoman.

Nevertheless, Oliver mocked media companies for their attempts to boost revenues. He ridiculed their use of click-bait (“puppies!”) to attract readers and ribbed Tribune Publishing, which owns the Los Angeles Times, Orlando Sentinel, and Chicago Tribune, for rebranding itself Tronc (short for “tribune online content”).

The Newspaper Association of America responded to Oliver with its own harsh critique: “Other than encouraging people to ‘pay for’ more news, [Oliver] doesn’t offer any answers. . . . [H]e spends most of the piece making fun of publishers who are just trying to figure it out.”

Indeed, Oliver ended his segment by blaming the general public’s “unwillingness to pay for the work journalists produce.” Accustomed to getting our news for free, we are no longer willing to pay for it. “I’m talking to you,” Oliver said, “the person watching this segment on YouTube using the Wi-Fi from the coffee shop underneath your apartment. You’re killing us.”

A long-term solution to the media’s profitability problem remains elusive. Some papers hide content behind a paywall (e.g. NYTimes.com). Others offer extra content to members (e.g. Slate.com). Andrew Sullivan briefly experimented with a low-fee membership model with expanded content for his blog The Dish, but the demands proved unsustainable. Nor will online ads solve the problem–digital advertising revenue declined by 2% last year.

The effects on political reporting are clear: state and local papers can afford only limited coverage of the consequential events in state legislatures and city halls, so national news dominates media coverage. Shallower stories that are fun and easy to report are splashed across homepages and in-depth reporting is sidelined. Donald Trump’s statements are covered not just because they are controversial, but because reporters need little more than a Twitter  account to report them. Long investigatory pieces are confined to large national papers like the New York Times or the Washington Post with dedicated investigatory journalists.

“Sooner or later we are either going to have to pay for journalism,” Oliver said. “Or we are all going to pay for it.” As the public’s interest in the news spikes in anticipation of the November election, media companies have an opportunity this year to experiment with different payment models. Perhaps we will see some promising options emerge soon.